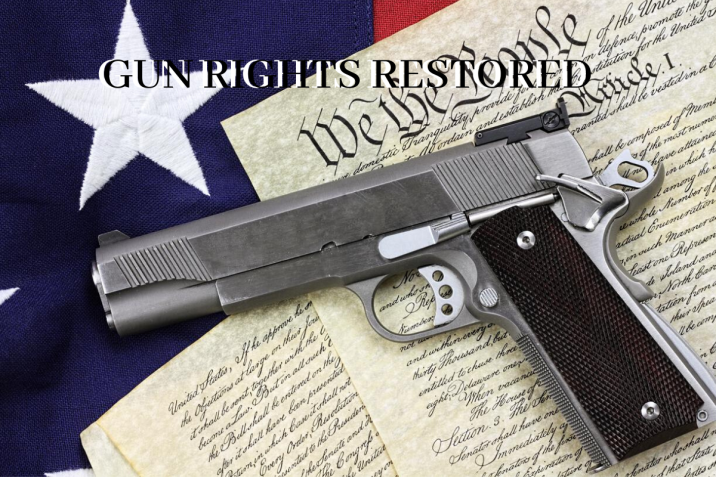 Indiana residents who’ve had felony convictions expunged under the Indiana expungement law from their criminal records are eligible, in most circumstances, to again buy and obtain a license to carry guns, according to an opinion from the state attorney general’s office.

The opinion issued this month says neither state nor federal law limits gun ownership or possession by former felons who have their civil rights restored through expungement. The opinion responded to a question from an Indiana State Police lawyer about the gun rights of people who’ve had criminal charges removed from their records by a judge several years after those convictions, The (Northwest Indiana) Times reported.

A Question in the Indiana Law

An Opinion from the Indiana Attorney General

The Indiana Legislature sought through the Indiana second chance law to give residents convicted of certain crimes a second chance by fully restoring their civil rights, including those to own a gun and hold public office, said the opinion by Republican Attorney General Curtis Hill’s office.

Likewise, the opinion said corresponding federal gun ownership restrictions on felons, except for domestic violence convictions, are lifted following expungement because Indiana law does not impose any additional firearm restrictions once a person’s criminal record is wiped clean.