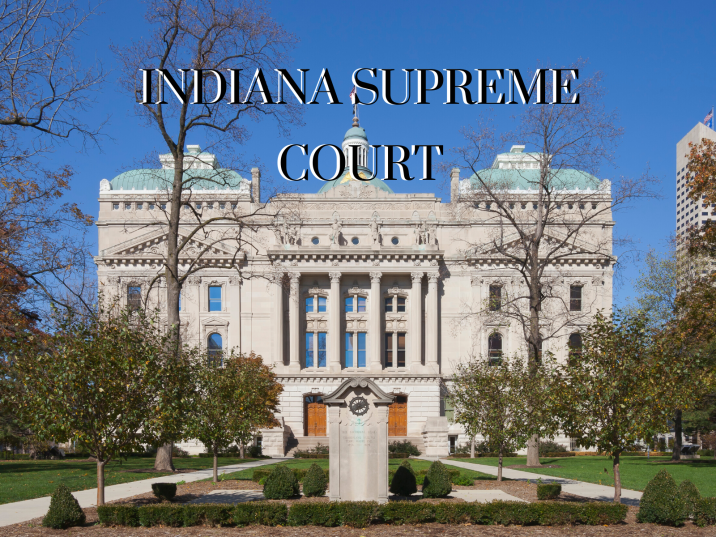 Questions about whether minor felonies reduced to misdemeanor convictions should trigger new five-year waiting periods for people seeking a criminal expungement caused confusion Thursday among some members of the Indiana Supreme Court.

Justices granted transfer and heard oral argument in the case of Naveed Gulzar v. State of Indiana, 19A-XP-673, a case that previously divided members of an Indiana Court of Appeals panel.

In 2006, Naveed Gulzar was convicted of Class D felony theft and successfully petitioned to have the conviction reduced to a misdemeanor in 2016. Gulzar faced a setback, however, when the Elkhart Superior Court denied his expungement petition in 2018, ruling that the five-year waiting period had not yet been completed.

An appellate panel split on how to handle what it called an issue of first impression in Gulzar’s case. The majority affirmed that pursuant to Indiana Code § 35-38-9-2(c), Gulzar had to wait five years from the date his criminal conviction was reduced to a misdemeanor to seek relief, rather than the date of his original felony conviction.

In a dissent, appellate Judge John Baker countered that the majority’s stance was “unjust and ill advised.” The three appellate panelists agreed, however, that clarification was needed from the Indiana legislature to address the “unclear statutory language” at issue in the case.

Representing Gulzar before the Supreme Court, Elkhart attorney Elizabeth Bellin asserted that her client’s expungement petition should have been granted in 2018 because Indiana law allows it and public policy dictates it.

Bellin pointed back to the amended criminal sentencing order issued by the trial court when it reduced Gulzar’s conviction from a Class D felony to a Class A misdemeanor.

“But that just tells us the conversion took place in 2016,” Slaughter said.

“It also tells us that it’s not a separate conviction,” Bellin noted.

Acting as certified legal intern on behalf of amicus, Brendan Haile cited his experience working with clients at the Robert H. McKinney School of Law Civil Practice Clinic and noted that of the nearly 350 clients the clinic has seen since 2016, 40% fell into the same category as Gulzar.

“They are convicted either of a ‘D’ felony or a Level 6 felony, and under this law for alternative misdemeanor sentencing, they would be allowed to reduce their ‘D’ felony or Level 6 felony to a misdemeanor,” Haile said. “If they chose to do that now, and we keep the state’s interpretation of the standard, now we are falling down to having these people wait even further for their expungement.”

Haile asserted if the standard and interpretation of the COA majority is kept in place, the intent of the legislative branch would be lost.

In response to Justice Steven David’s question of whether Gulzar had two convictions, Roebel replied “no.”

“Well, that confuses me,” David replied.

“What is the state’s big-picture argument here, because the state agreed at the time of the original conviction to misdemeanor treatment, but the judge rejected it, correct?” Rush next asked Roebel.

Roebel further asserted that the language of subsection (c) was understandable. But Slaughter was not convinced.

“If you think this is plain and unambiguous … you may be the only one in the room. I think this is completely muddled and makes no sense,” Slaughter said.

“If we do find it to be muddled, we apply the canons of construction, and I think as the Court of Appeals found at that point, we should look at the other statutory schemes that relate and the five-year look-back strongly suggests that what the trial court did here was right,” Roebel said.

Representing Gulzar on rebuttal, attorney Mark Altenhof asserted that currently proposed Senate Bill 47 clearly shows that the legislature’s intent was never to have a new five-year look-back period start when a Level 6 or Class D felony was converted to a Class A misdemeanor.

The bill, currently waiting assigned to the House Courts and Criminal Code committee after passing the Senate on a 47-3 vote, would provide that if a court reduces a Class D or Level 6 felony to a misdemeanor, the five-year waiting period for expungement begins on the date of the felony conviction and not on the date it was converted to a misdemeanor.

“That language, had it been in effect at the time that our client petitioned for the expungement, we wouldn’t be here today,” Altenhof said. “It clearly cleans up that language that a new five-year look-back period doesn’t start at the date of the conversion, rather, the original conviction date.

“As Judge Baker pointed out in his dissent, we believe that Mr. Gulzar, as well as those similarly situated to him, should be entitled to immediate relief rather than to wait to see if Senate Bill 47 passes.”

If you are in need of an expungement, reach out to expungement lawyer Indianapolis for help.